All Collections
Assets
What Is A Graphics Name And Do I Need To Fill It Out?

What Is A Graphics Name And Do I Need To Fill It Out?

This article will cover what a graphics name is in LIGR

Written by Chris Edwards
Updated over a week ago

The graphics name is an optional field that can be used when the full name of the asset (competition, club, player, etc) is deemed not suitable for on-screen use, for example, if it's too long. 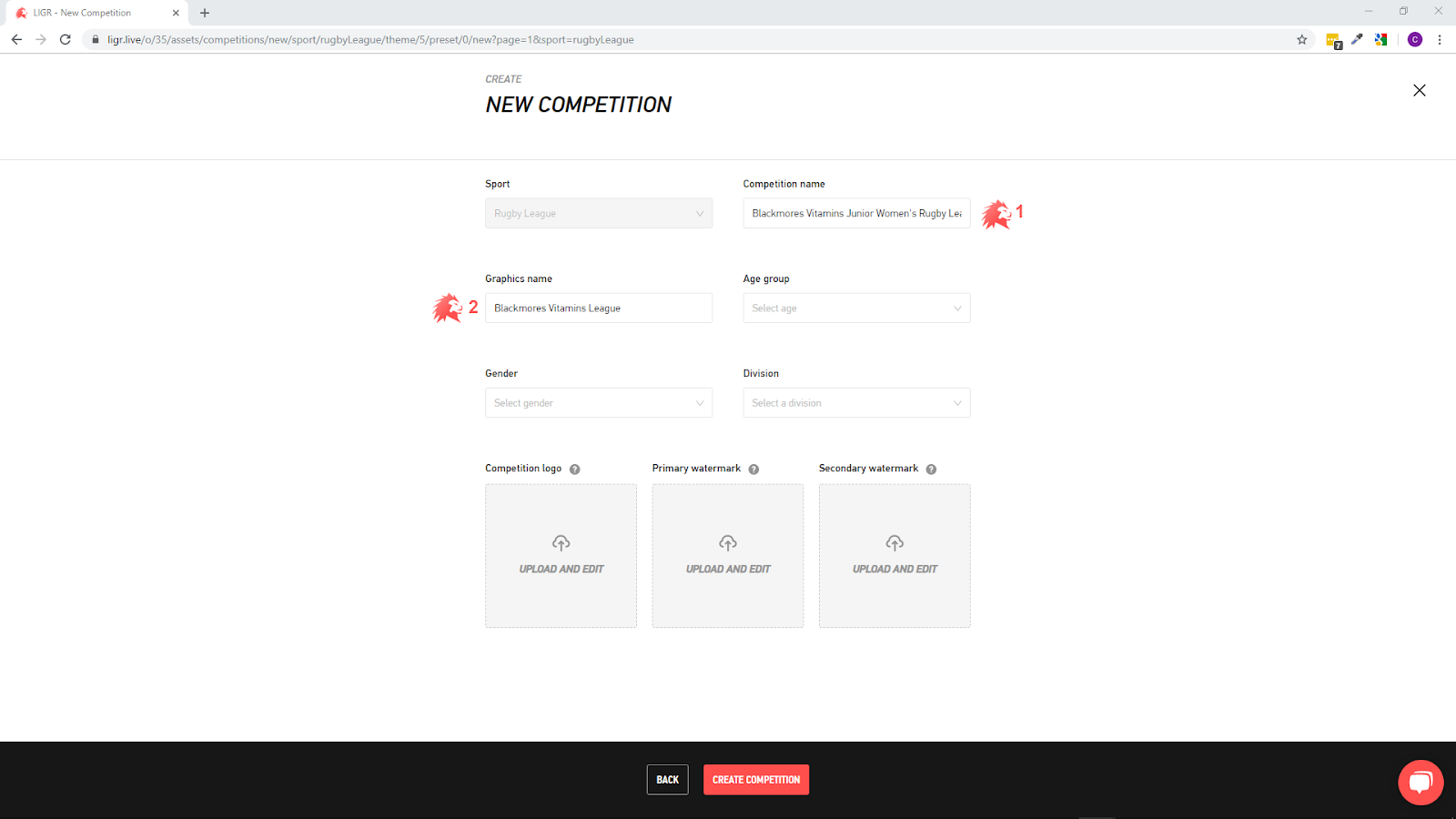 It is the same process when creating a team. Enter the relevant information. The “Club name” first and then the “Graphics names”. In the below example the “Full name” for the club is Blackmores Vitamins, the “Medium name”, which is the most used across the graphics package, is Blackmores and the “Short name” is the abbreviation that will display on the score bug within your production. Below it is BLA. 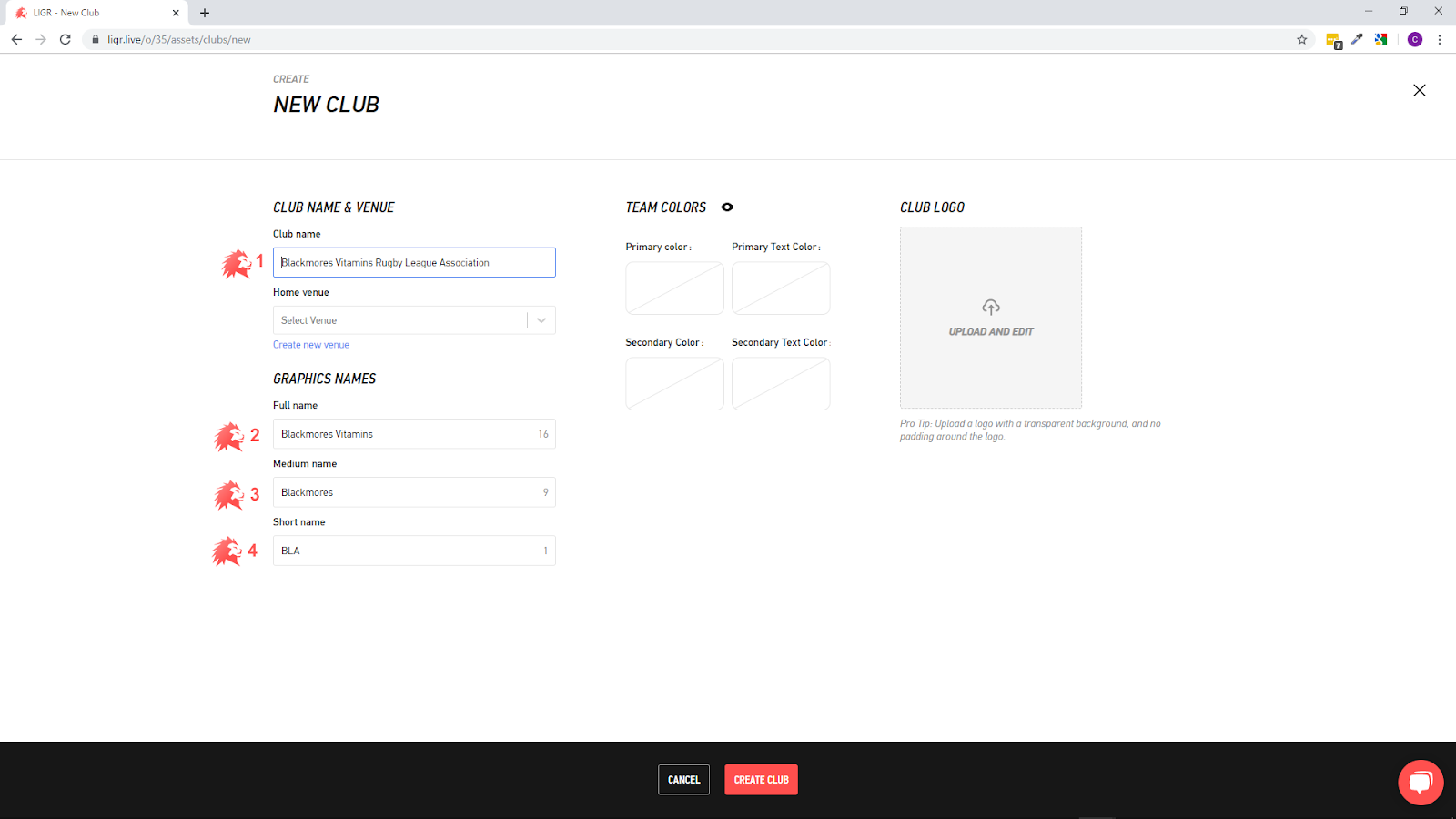 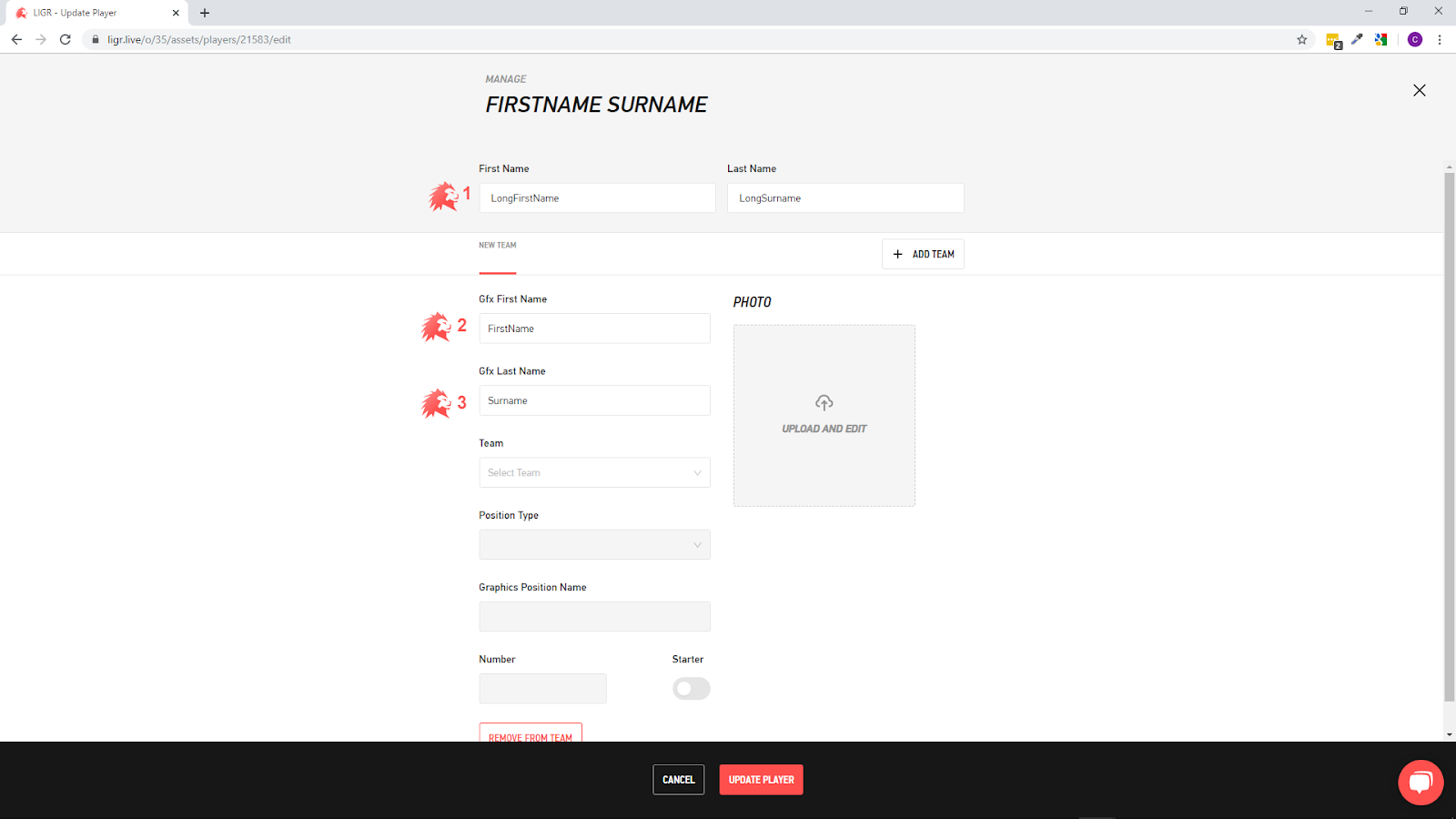